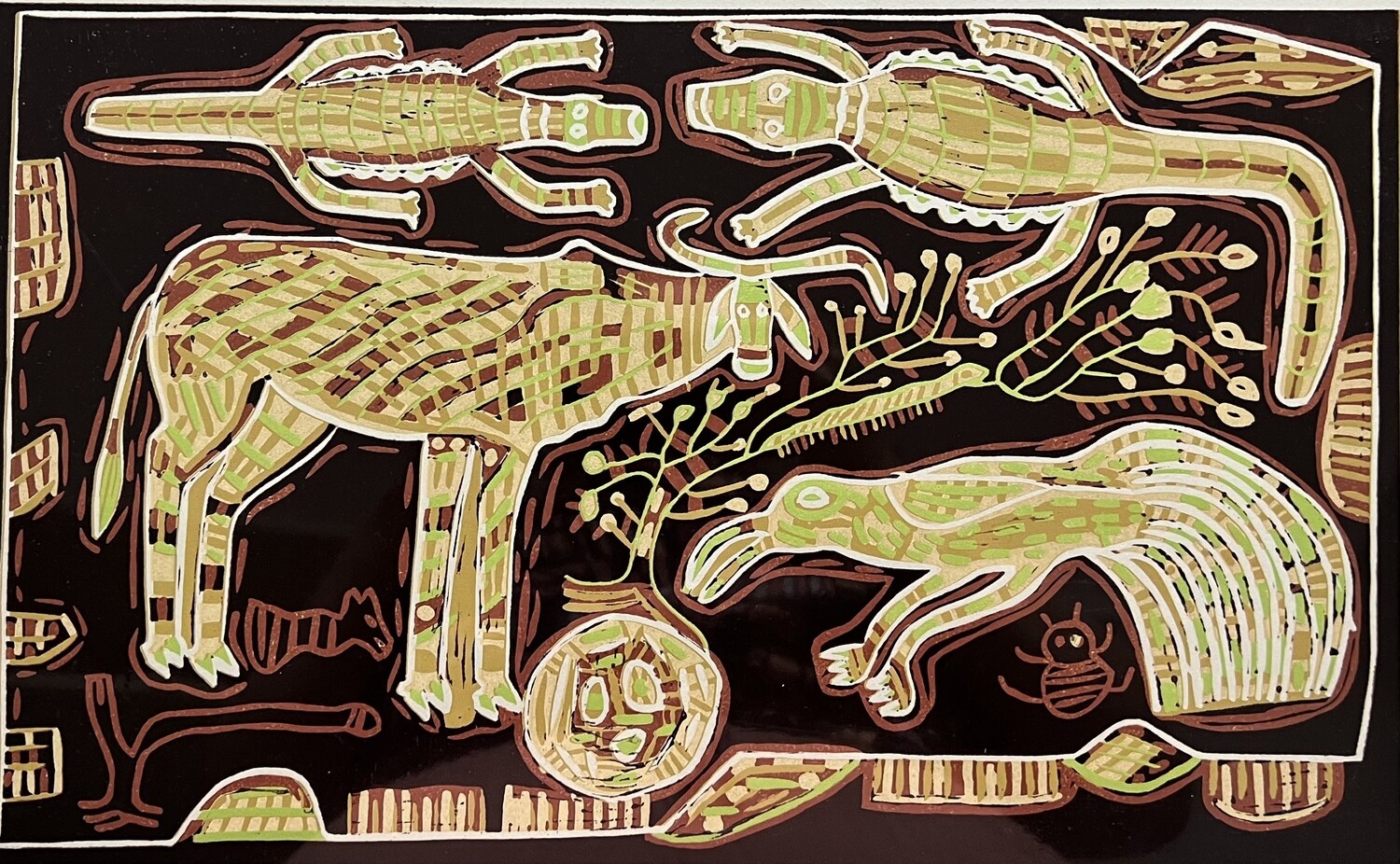 Kuru Art - Crocodiles and Other Animals In The River Bank 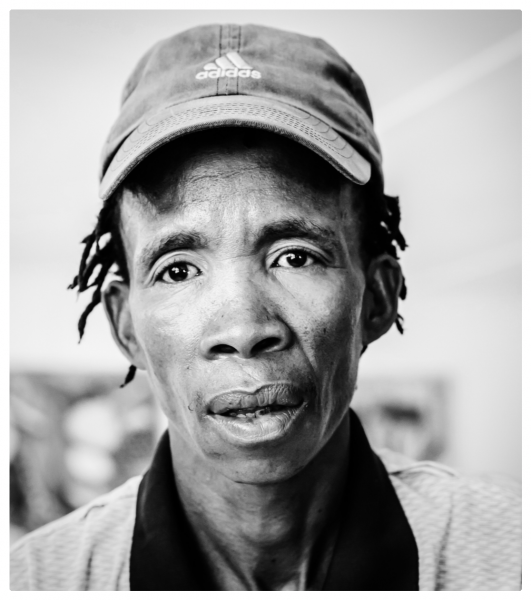 Qhaqhoo joined the Kuru Art Project as a young teenager in 1991 as one of the first artists of the project. Through the years he maintained a style with clear cut edges and clean flat spaces. His work reflects a simplicity that is peculiar to him. In his simplified animal and plant forms lies a resemblance to the rock art that was done centuries ago by his ancestors. His work has been received favorably and has been exhibited together with other Kuru Art worldwide. Qhaqhoo was invited to participate in the Intergrafia’94 World Award Winners Gallery, in Katowice, Poland and in Ronneby, Sweden. His work was also accepted for the MTG’94 (International Print Triennial) Krakow, Poland, Intergrafia ’94, Branska Bystrica, Slovakia and Print Triennial ’94, Consumenta’95 in Nuremberg, Germany.