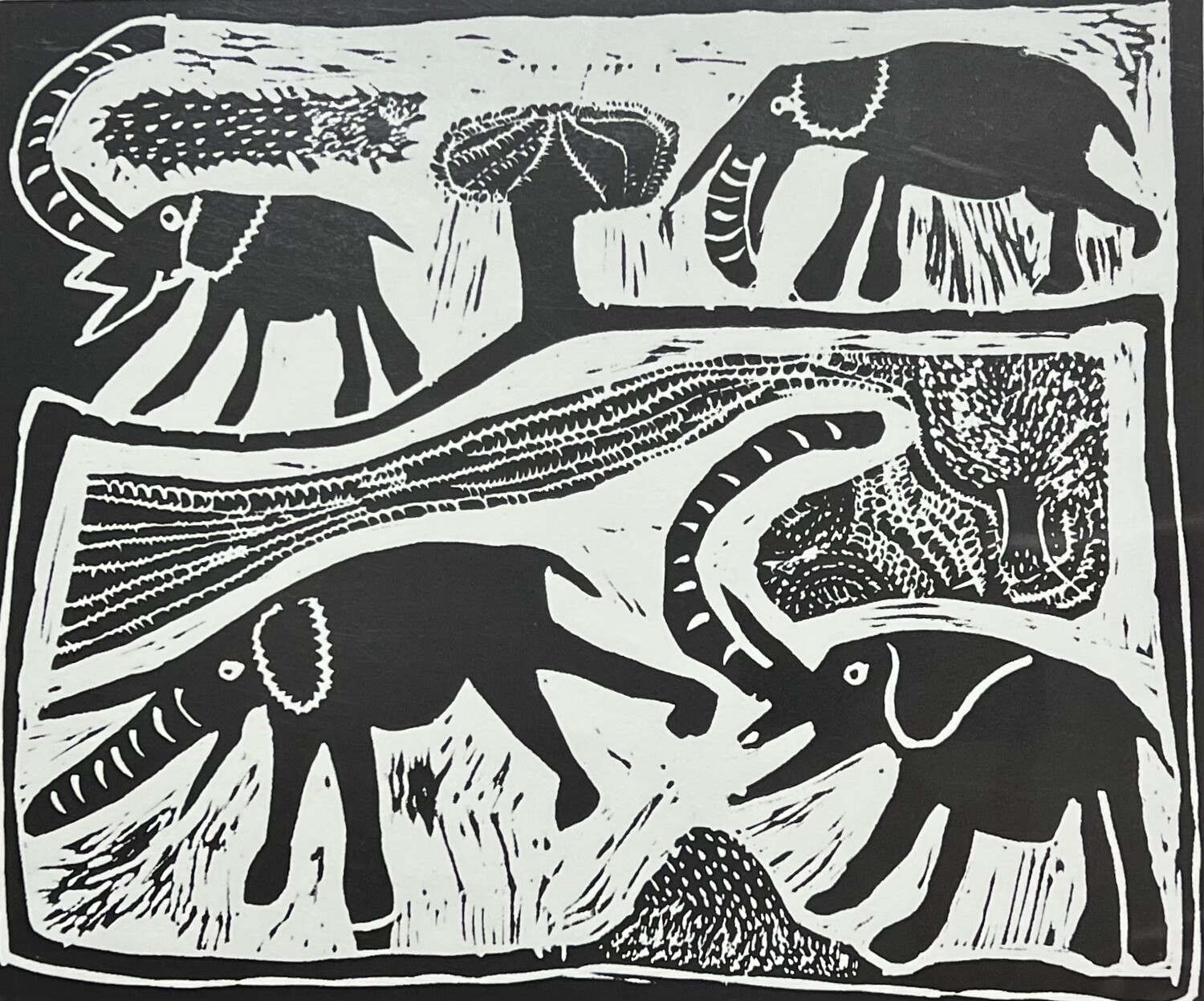 Kuru Art - Elephant In The Water 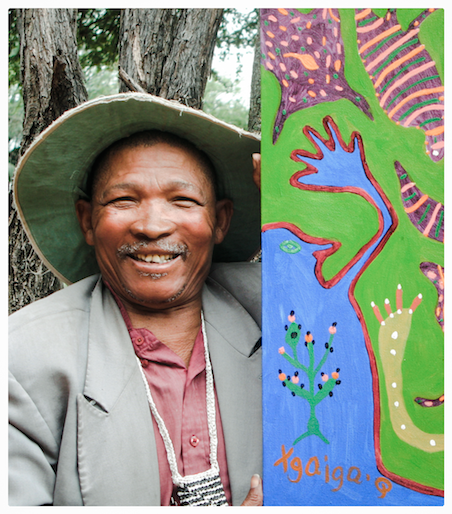 Born on one of the freehold farms in the Ghanzi district, Xgaiga was schooled in farm work since a very young age. During those years the farms were not fenced. There were many wild animals and he often went hunting with his father and grandfather. He remembers seeing herds of springbok, gemsbok and giraffes on the farms, where today only an occasional kudu, steenbok or duiker can be seen. He also encountered lions and leopards and sometimes during a very good rainy season, elephants would wander from Lake Ngami into the Ghanzi farming areas. Today, Xgaiga is well known for his knowledge of the veld and the San culture and is an outstanding performer and instructor of their traditional dances, games, stories and music. He started his career as a visual artist in 1997, when he joined the Kuru Art Project.